Many see doctor Sebastian Sandaari as a gem and a product of health they shouldn’t have lost to politics at this critical stage.
The Member of Parliament for Daffiamah Bussie Issah Constituency left his profession as a doctor to join Politics in 2016 after his final service to the then Lawra District hospital, he moved from Nadowli hospital to Lawra where he finally left to contest for the NDC parliamentary primaries in 2015, he succeeded the then Member of Parliament for Nadowli East Mathias Puozaa after defeating Abu Kanbiubata Kansangabata in a fiercely contested primaries. Dr. Sandaari Floored the Former Nadowli District Chief Executive, Abu KK who doubles as Think Tank President for Northern Ghana.

Mr. Sandaari Went to Parliament in 2016.

Two weeks before today, statistics proved the ratio of doctor to patient was 1:14000 whilst nhis enrollment Increased by nearly 5.3 percent of the total regional population.
In 2017, Mr. Sandaari was spotted on GTV after the first state of nation address and he said “the economy is related to productivity and productivity is related to healthy people so if the people of the country, we are not told how healthy the are, for me as a health expert I was not impressed”.
This came as a surprise because the doctor pledged to safe lives but rejected those lives for politics. Few days ago six doctors rejected postings to upper west and this has left a big blow in the region whose lack of doctors is worsening by the day as the loss of some of the most prominent ones like Dr. Banka has left a hole uncovered.
Prominent people like Dr. Fofie were humiliated out of the Wa Regional hospital for one who was alleged to have rejected the region, Banabas Gandaa to replace him in 2016 amidst several demonstrations. 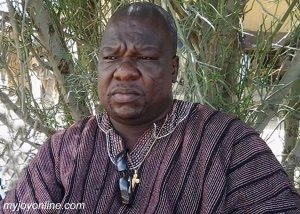 Dr. Fofie, let’s not forget would have his way of painting the region black when he gets to the southern belt and would ensure people posted here reject the offer per his experience shared with them.
Mr. Sandaari in an interview with Bridge news suggested he was a better doctor in Parliament than in the hospitals.
Leadership they say, is a product of culture.

One thought on “No Doctors in Upper West: Dr. Sebastian Sandaari has taken the wrong decision to go into politics”