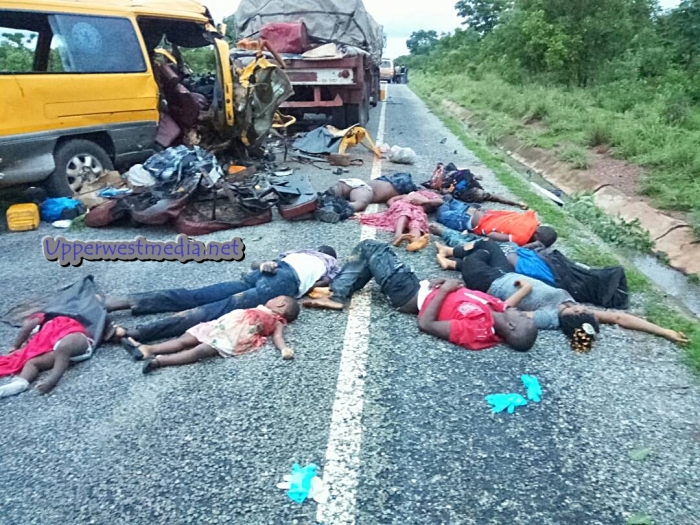 Accident at Dikpa in Savannah Region

While other parts of the country continue to record high road crashes, statistics from the Upper West Region indicate a sharp decline, compared with figures from last year.

Unlike other parts of Ghana where road traffic accidents have already claimed dozens of lives just three months into the year, the story is different in the Upper West Region.

According to the Regional Road Safety Authority Director, Mohammed Abdul Samad, unlike in January and February of 2019 where the region had recorded 26 crashes, in the first two months of 2020, the region recorded 20 crashes.

The same applied for the number of vehicles involved in crashes.

The number of motorcycle accidents has also seen a sharp decline with only 19 involved in accidents this year against 23 last year.

“Then the total number of fatal cases last year it was seven and this year it has come down to six,” he said.

Mohammed Abdul Samad said strict adherence to road safety measures by residents of the Upper West Region has saved lives and properties especially in the first two months of the year.

“We made everybody to understand just like you have that slogan [Arrive Alive] that road safety is a shared and collective responsibility.

“So you think about what you can do for yourself to be safe then if still something happens then we’ll call it an accident, we will not even call it a crash,” he said.