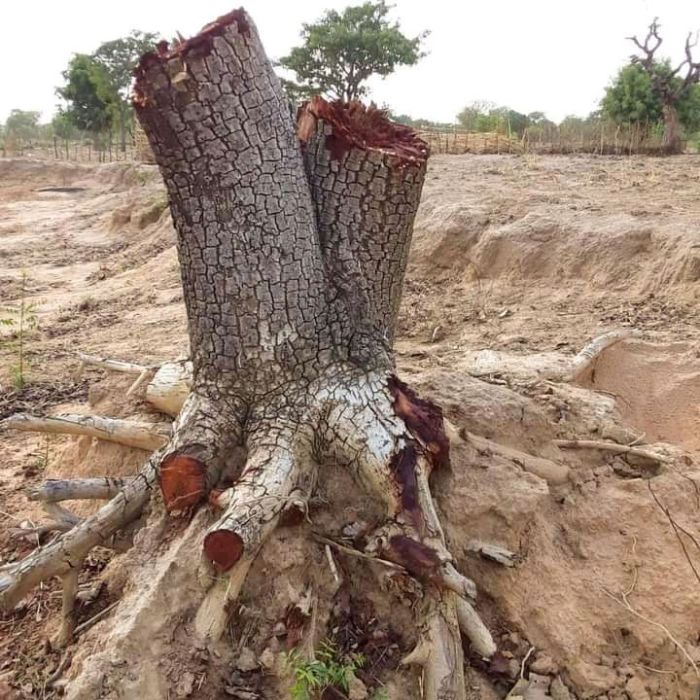 Over the past few weeks, I have observed with shock and dismay the level of penetration of the illegal logging in our poor and underserved District.

Trees such as “kakalaa, nyua, taang, dor” as referred to in our local dialect are being fell indiscriminately without recourse to the repercussions on our vegetation cover. In fact, some of these trees are economic ones to our people. They provide food to the people as well as keeping our women in business.

The likes of Shea and dawadawa trees are classical examples. There is a serious cartel in this illegal trade involving almost all opinion leaders in our society ranging from chiefs, Assembly members, politicians, unit committee members to the ordinary people.

The complexity of this cartel deters most people from commenting on the issue for fear of being victimized. This fear has given the alien practice the notoriety to escalate like wild fire in our poor district that is already vegetatively challenged.
Painfully, the people are not after the good of the district but rather their selfish interest. Rumor has it that some of them receive as low as GH¢1,500 or GH¢2,000.00 per truck load. My dear people, if for nothing at all our kids are sitting on bare floors in schools to learn.

What prevents us from using these trees being fell to construct furniture for them to learn? Why are we rather interested in selling their future for peanuts? Our challenges are numerous ranging from water, road network, health, education to unemployment, yet we have the guts to create and add more to the list with impunity. Sons and daughters, let’s rise up and say no to this alien and egocentric practice.