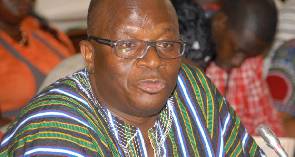 For the past four years, performance of candidates in the Basic Education Certificate Examination (BECE) had been hovering around 15 per cent and 20 per cent.

In some schools, one can find only two or three teachers teaching from the kindergarten to the junior high school (JHS) level.

Mr Sulemana H. Sumaila, the Assistant Director in charge of Planning at the Sissala West District Education Office, made this known at the Second Ordinary Meeting of the Assembly.

He said the district had been receiving single numbers when it came to posting of teachers despite the support the District Assembly gave to teacher trainees every year.

He, however, said in 2015, through the intervention of the Director General of Education, a total of 56 teachers were posted to the district.

He called for the sustainability of such an intervention as it could help address the teacher shortage facing some of districts of the region.

Mr Sumaila commended government for providing the educational infrastructure of the district which, he said, had improved tremendously.

In response to the shortage of teachers, Mr Bukari Dramani, the Sissala West District Chief Executive (DCE), said the Assembly had committed GH₵19,600.00 to support 98 teacher trainees currently at various stages of completion.

He said measures including the revamping of the District Education Oversight Committee had been put in place to help address the district’s sbysmal performance in BECE.

The introduction of monthly examination for the final year students including two mock examinations and feeding of the BECE candidates and their invigilators, were other measures put in place to enhance performance.

The Government also supplied about 2,530 uniforms to needy students and 100 RLG Laptops to 100 trained teachers to support in the teaching of Information and Communication Technology.