Well known figures in The new patriotic party have hit social media to express their shock and disappointment over a recent issue of expired cooking oil distributed to residents of Upper West.

Pls
According to the sources, the Action was unprofessional and has tarnished the image of the Vice president and the government. Mr. Garby Otchere Darko, a spokesperson for the New Patriotic Party has hit his Facebook and twitter walls to express his distaste over the issue, he proposed the regional NADMO boss, Mr. Seidu Sulemana be relieved of his position as Regional Head of the sensitive unit. 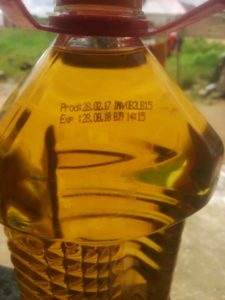 “When you serve flood victims expired goods, your job also deserves to expire. You don’t treat victims and the Veep this way.” 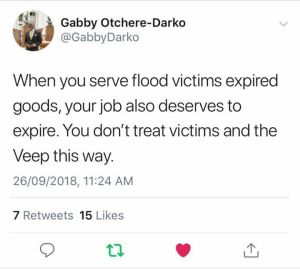 The incident of expired oil distribution was Spotted by A local Media Journalist of Home Radio called Salifu Kunateh(Asprilla).
–
By: Upperwestmedia.net