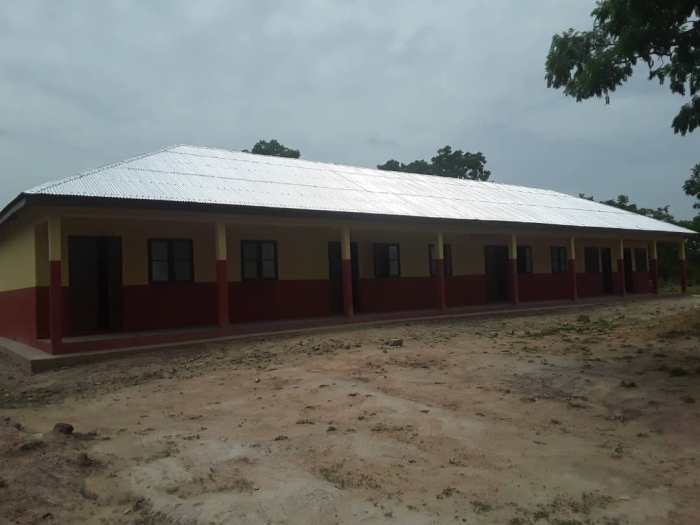 According to the MCE, the 3 Unit Classroom block formed part of projects being executed with the Constituency’s share of the Assembly Common Fund as promised by him the MCE when he visited the community during the 2016 elections.

The structure that is put up here is the same as structures that can be found in Accra or any part of the country and that are what we want to offer the people of Ghana; that is what we want to offer the people of Gurimuni. What students in Kumasi, Accra will benefit, students in Gurimuni should also benefit. I stand here to hand over the school to the authorities to take good care of it properly. Let’s try and make sure the children use it accordingly.” He said. 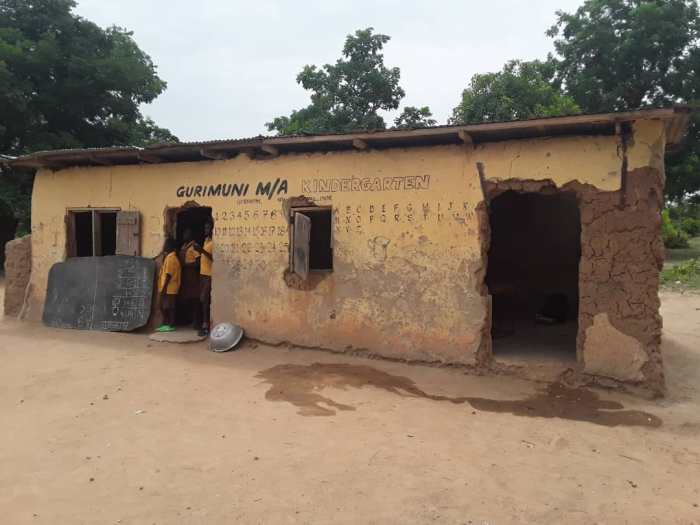 However, he acknowledged that per his observation, as he visited some schools in Wa Municipal, the need for furniture to learn efficiently is a problem and he is putting more effort in making sure issues of furniture became a thing of the past.
Madam Justina Asina a deputy director of the Wa Municipal Education Directorate who was very excited with the good initiative promised to put the structure into a very good use
“We thank his Excellency, Nana Akufo Addo for thinking of putting this structure for us. For me, am very happy, so we are happy and we appreciate what government has done for us. I will ensure that, this facility is kept well for effective teaching and learning.” She expressed
The school which started four years ago now has a pupil’s population of 165
The contract was executed by Azimpex Enterprise Limited
Members of the farming community express their happiness to the MCE and promised to remember him during 2020 elections, According to them, they have appealed severally to the Wa Municipal Assembly and the Member of Parliament but no one has listened to the cry.

The MCE also handed over a similar facility to the chief and people of Boli,and a CHPS Compund at Kpersi.