Former President Mahama as Part of his visit and to condole the bereaved wife of Late Richard Puolibong Richard made a donation to the Widow of the Deceased to cut down the cost of the arrangements. 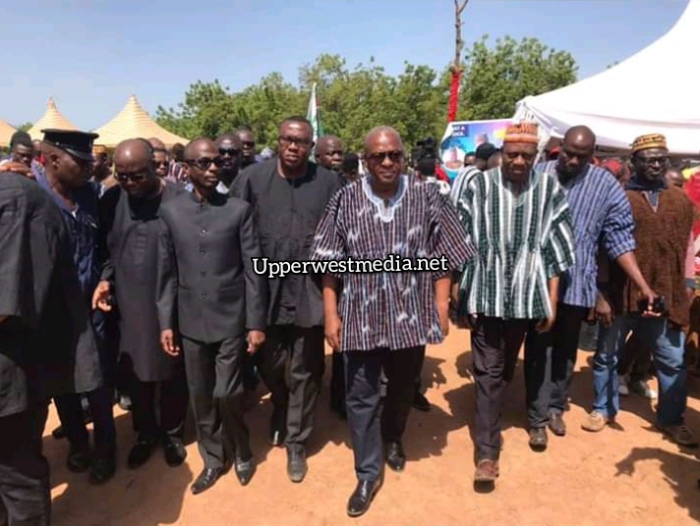 Mr. John Dramani Mahama Donated Ghc12,000 to the Family at the funeral grounds at Saanwire in Daffiamah Bussie Issah District.

The Late Mr. Puolibong Richard was the NDC Constituency Chairman for Daffiama-Bussie-Issah District before was shot by gunmen on his way from a funeral on the Issah-Wogu Road.