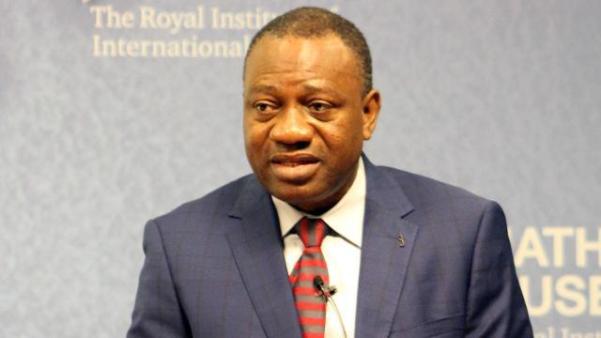 Dr Rashid Pelpuo, the Member of Parliament (MP) for Wa Central Constituency, has urged the Municipal Assembly to fix some four worn-out ambulances grounded at the health directorate to improve healthcare delivery.

He noted that about four ambulances packed at the Wa Municipal Health Directorate had minor faults like worn out tyres, which could easily be fixed by the Assembly.
He appealed to authorities to immediately repair the faulty vehicles for effective health service delivery.

Dr Pulpuo who was addressing Wa Municipal Assembly’s first ordinary meeting said he contributed about GH¢100,000.00 from the MP’S Common Fund towards the purchase of an ambulance for the Upper West Regional Hospital to serve urgent needs of the people.

“I spent my Common Fund based on the urgent needs of my constituents, which includes health, purchase of fertilizer, provision of potable water, payment of school fees and supporting farmers with fertilizer and farm implements among others,” he said.
He called on government to finish up one percent work left for the completion of the regional hospital to improve upon health care.
He told the Assembly about what parliament had been doing since the beginning of the year, which included passage of the Right to Information Bill, recently passed into law and the Vigilante Bill.

Alhaji Tahiru Issahaku Moomin, Wa Municipal Chief Executive, said the Assembly as part of measures to provide security for residents has provided logistical support to the security agencies to enhance their work.

He said based on a petition presented to the Regional Minister concerning armed robbery attacks on University Lecturers at Wa campus of the University for Development Studies, the Assembly would establish a Police post at Bamahu and also establish another one at Charia to help crime prevent.

Dr Hafiz Bin-Salih, The Upper West Regional Minister, said recent tribal and religious conflicts in parts of the region was not good for the progress and development of the region and called on chiefs to use their wisdoms and powers to make peace in their localities.

He expressed worry about growing indiscipline among road users and the practice open defecation with impunity, and called on the Assembly to enact bylaws to maintain sanity.
Managers of the Assembly were also urged to deploy NABCO Trainees under the Revenue Ghana Module to help in revenue mobilisation.

Mr James Sohimwinye, Assembly Member for Jingu Electoral Area, was not impressed with the Minister’s address on security since many residents were still living in “fear and panic” due to persistent armed robbery attacks, assassination, and other reported criminal activities happening.
He said Assembly Members were expecting him to report on Regional Security Council, which he the Minister chaired to instil some hope in the people.