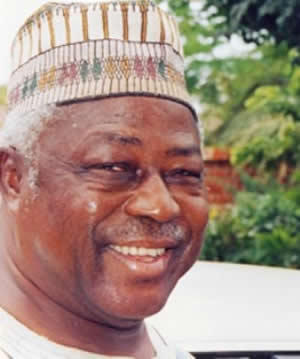 The family of late President Dr Hilla Limann is unsatisfied with the level recognition given the former statesman.

According to Kuoro Kuri-Bukkie Limann IV, the Paramount of the Gwollu Traditional Area,  the state has continuously failed to show appreciation to the statesman who served Ghana in humanity, the family of the late Dr Hilla Limann led by Kuoro Limann IV recounted the contributions of the late leader.

He said Dr Limann served Ghana in humility and discharged his duties without misappropriating state resources.

He said he was, however, overthrown illegally and yet the state failed to resettle him after his overthrow claiming he was corrupt.

“When he was a president, he was so humble, very sincere and accountable,” the Paramount Chief said.

“He punished no one, killed no one, and damaged anybody, look at what [Jerry John] Rawlings did to him?”

Limann IV, who spoke from his palace, said the late statesman was not corrupt and lived a simple life.

“They said he stole money, he was corrupt look at here all these things I got it myself. At the time he was overthrown he had only one vehicle.”

The family said despite the vilification, none of his ministers or appointees was found to be corrupt.

The Limann family wonders why a such a man will be treated like the way he is being treated by the state.

They insist that the offer of a state burial was only a sham and that is why it was rejected for a people’s funeral.

“At the time even he was overthrown, his passport was confiscated by [former president] Rawlings. When he was sick he couldn’t go out for treatment and even when he attended Korle-Bu [Teaching Hospital] on three occasions, it was his party that paid for his medical bills not the government and when he died look at Rawlings saying he wants to give him state burial.”

The family wants the state to apologise for the wrongful overthrow of his government.

The family alleges that after all the neglect, efforts to honour the man had stalled, a mausoleum to store his relics has been abandoned and leaks badly when it rains.

The family wants one thing, recognition for the man who served Ghana humbly.

“We want them to take cognisance of him, he is dead. He doesn’t need any pesewa or gold but his name should be lifted.”

The Gwollu chief praised past presidents for naming some state monuments after him but said efforts to get a mausoleum completed in his honour has stalled.

A nephew of the late president, Roy Limann, who took 3news.com on a tour of the abandoned mausoleum, said the project started in 2012.

He said the Ghana Tourist Authority had visited the site several times but efforts to have the structure completed have failed.
The abandoned mausoleum

Roy said the project is yet to be handed over to the state.

He suggested that the state in which it is cannot be used for anything even if it is handed over to the state.
The mausoleum cannot be handed to the state, the Limann family says

He confirmed the contractor cannot be located by the family.

The family said a library and a mausoleum will honour the name of the man who ruled Ghana from 1979 to 1981.

Dr Hilla Limann led the People’s National Party, PNP, in 1979 to win power after the Armed Forces Revolutionary Council (AFRC) had handed over power after the 1979 coup d’etat.

Dr Limann won 35.3 percent of the votes while his party won 71 of the 140 seats in the National Assembly.

He is remembered for his policies which transformed the transport and the energy sectors.