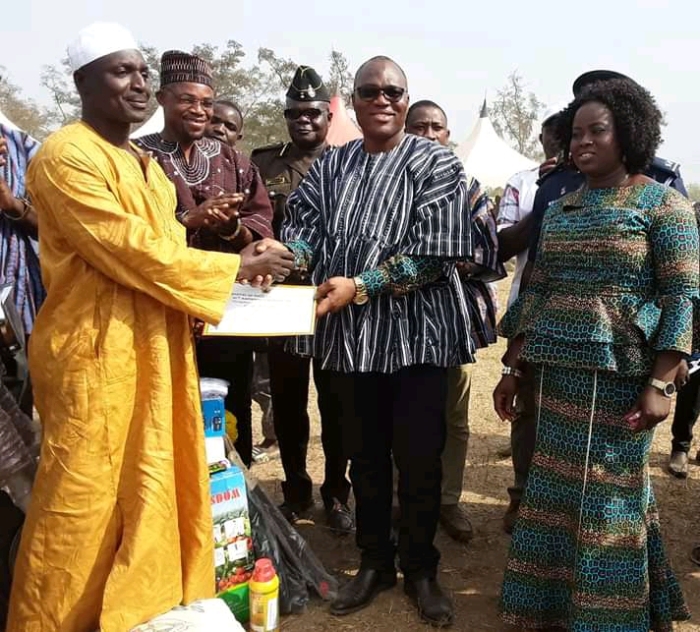 The 35th Farmers Day celebration was held in several districts of Ghana with the national event held in Ho, the Volta regional capital of Ghana.

People of Wa Municipality were left in shock and oblivion when the best farmer award for Wa Municipality was given to Abdul Rahaman Hakeem from Tabiasi No.1 in the Daffiama-Bussie-Issah District.

The questions thrown by the public seeked answers to why people in Wa municipality could not win the price.

A group of observers speaking to Upperwestmedia Team suggested the Wa Municipality has a small land scale which makes it difficult for large scale farming. The observers added the Business climate in Wa has made trading a hallmark than crop farming. Animal farming has dominated Wa but theft has reduced the number of people who have engaged in it lately.

The Overall best National Farmer Mr. Charles Gyamfi was given a cash price of Ghc536,000.