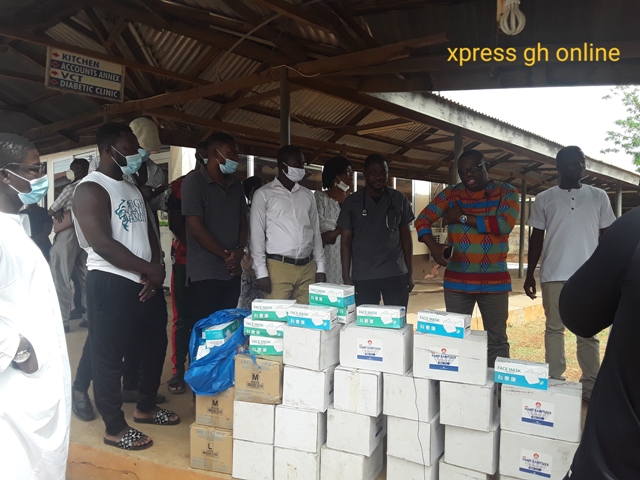 The Group was at Wa Municipal Hospital

Mr Ju Nour, a member of High Grade Family in the Upper West Region presented the items on behalf of Samini. He said the dancehall king is doing similar donations across Ghana.

Samini who needs no introduction is arguably the most successful dancehall artiste in Africa and has shaped the lives of many through music and other philanthropic works. He is known for mentoring Stars like Kofi Kinaata, Kaaki, Stonebwoy among others.

The acting medical director of the hospital, Dr. Nabil, who received the items on behalf of management, thanked Samini for the philanthropic work done. He further said the items came at the right time and would be put to good use.

The Head of Administration of the Wa Municipal hospital also praised Naa Samini and called on all sons and daughters to emulate the good works of the giant of African dancehall. He further appealed to the general public to assist the hospital as no donation is too small in this corona fight.

The health professionals who were present at the short ceremony could not hide their joy. They expressed their happiness for the generosity of the King of African Dancehall who also doubled as a development chief of Wa. In unison, they shouted “Akye!! saa!!” to show their unflinching appreciation to Naa Samini and High Grade Family the love.