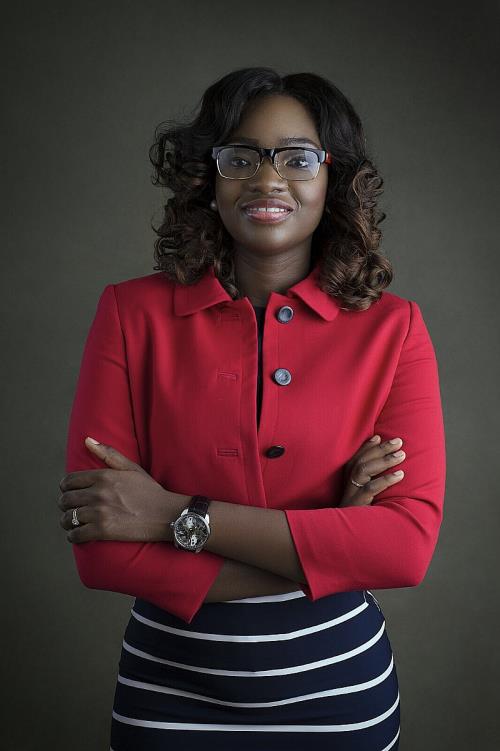 She has become a regular feature on television, moderating a show which has instantly become one of the highly rated by professionals within the content creation industry and admired by lovers of quality television content in Ghana.

Law Express, is a social service program designed to educate the general public on the operation of the law and the constitution of the Republic of Ghana in an easy to understand manner.

Nuhela Seidu and her team of lawyers deliberate on carefully selected and relevant law topics which applies in our everyday life.

Nuhela Seidu is a lawyer and an entrepreneur with a passion to bring change to her society and people around her. Her philosophy in life is deeply rooted in the principles of justice, self-empowerment and loyalty.

A young private legal practitioner, she was called to the bar after successfully graduating from the Ghana School of Law with a BL Qualification. She obtained her LLB Qualification from the University of Ghana, Legon.

Prior to becoming a lawyer, Ms. Seidu pursued her passion, broadcasting, from her undergraduate days at the University of Ghana, where she studied Sociology and Political Science for her Bachelor of Arts Degree.

“I was born in the Upper West regional capital, Wa, where I spent my early years. I had a humble beginning as a member of a family that placed premium on humility and respect. My father was a respected person within the community and wouldn’t compromise on his children’s education for anything”, she revealed.

Nuhela attended Aggrey Memorial Senior High School in Cape Coast where she served as the Studies Prefect in her final year. It was during her senior high school education when she discovered her passion for broadcasting.

After senior high school, she got admission into the University of Ghana for her first degree. There, she got involved in several extra-curricular activities which included broadcasting – radio and television.

For over a decade, she has worked with some of the formidable media networks in the country including the Ghana Broadcasting Corporation, Choice FM, Metro TV before establishing Ghana News Link, a full scale Marketing Communications Company.

“My hobbies are cooking and reading. I am also a music person and open to all genres of music. To talk about experiences in life, I have once been a teacher at the basic level, a moment I cherish a lot due to my ability to impact on the lives of some young people. I served as a mentor to several of them who I kept contact with in order to guide them”.

About Law Express, she said “the main motivation for introducing this initiative was my personal philosophy in life. We have witnessed a growing number of people resorting to wrong ways of resolving issues due to ignorance and sometimes a perception that the legal system is expensive. It was important to sensitize the citizenry about their rights and how the laws operates”.

Ms. Seidu revealed that she has received very positive feedback about the program with some people emailing her to talk about how the series have helped them made the best decisions.

Her final words were “I entreat everyone to make a date with us on Law Express every Sunday on Metro TV at 6.30pm to learn more about the law and how it could be applied in situations they find themselves”.