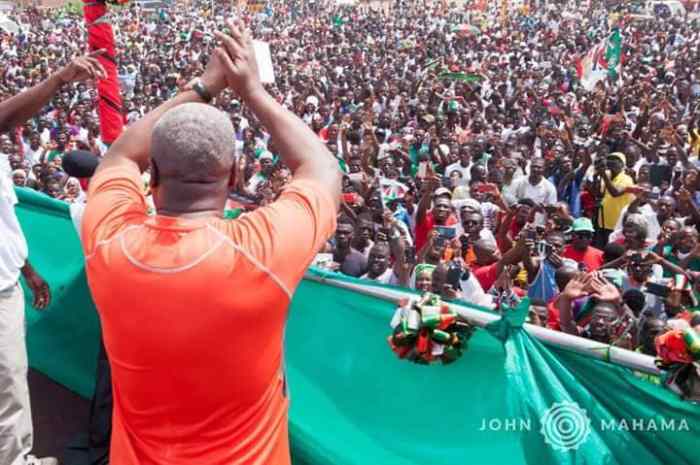 Former president of the republic of Ghana, John Dramani Mahama will on the 2nd to the 6th of September be in the Upper West Region on a 4 days tour.

Flag bearer of Ghana’s Main opposition party NDC, will be touring some, constituencies, radio stations in the region to canvass for votes ahead of the December 7 2020 election which is less than 100 days from today.

The president as part of his tour will be visiting all 11 constituencies in the Region.

The NDC won 10 seats out of 11 in 2013 when the former president was sworn inn as 4th president of the 4th Republic, these seats included:

With the the Exception of the Jirapa Constituency which was won by an Independent Candidate. The New Patriotic Party had no seat in Upper West from 2013 till 2016.

The Former President will first of all Visit the Was Naa’s Palace before proceeding the The Regional Office of the National Democratic Congress, he will after which visit the various constituency offices to meet party executives.