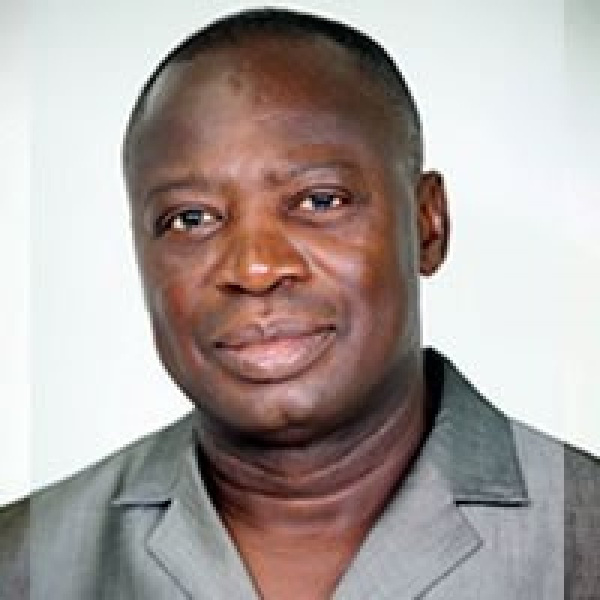 Mr. Francis Bawaana Dakorah Is the MP for Jirapa Constituency

Dr Francis Bawaana Dukura, Member of Parliament (MP) for Jirapa Constituency in the Upper West Region has appeared in court on charges of alleged fraud and money laundering.

Dr Dakura is alleged to have collected GHS 3.5 million cedis equivalent of $900,000 between April 2016 and January 2017, under the pretext of selling 2.8 acres of land belonging to the Ghana Museums and Monuments Board (GMMB) at Roman Ridge to the Chief Executive Officer of Prefos Company Limited.

The MP pleaded not guilty to defrauding by false pretences, falsification of accounts, forgery of other documents, uttering of forged documents and money laundering.

The Court presided over by Mrs Rosemary Baah Torsu has admitted the MP to bail in the sum of GHS 3.5 million with four sureties, one to be justified. The other sureties are to be of sufficient means and independent.

The trial has been adjourned to December 16.

Mr Francis Xavier Sosu, who represented the MP prayed the Court to admit his client to bail because he was a sitting MP.

Mr Sosu said he did not see anything in the facts of Prosecution relating to the charge of money laundering.

The Defence Counsel said at the right time, they will prove their innocence relating to the charges.

He said because the MP was a family man and had a fixed place of abode and should be granted self-recognizance bail but this was declined.

Mr Sosu said the civil aspect of the case was before another court and that they were on the verge of settlement.

Assistant Superintendent of Police (ASP) Sylvester Asare, who led the Prosecution, did not object to bail but prayed the Court to attach conditions to the bail such that it would compel the accused to appear in court.

Mr Asare said the complainant was Alexsie Kwasi Fosu, Chief Executive Officer of Prefos Company Limited, and that between April 2016 and January 2017, the accused collected the cash of $ 900,000 or equivalent of GHS 3.5 million for the sale of 2.8 acres of land at Roman Ridge.

The prosecution said the complainant reported the matter to the police, which launched investigations and established that sometime in 2016, a witness in the case led the MP to the complainant and introduced him (the MP) as the Board Chairman of the Ghana Museum and Monument Board (GMMB).

Mr Asare said the accused told the complainant that the GMMB has indicated its intention to sell 2.8 acres of its land at Roman Ridge through an affiliate company known as Heritage Fund for Arts and Culture (HFAC).

The prosecution said police investigations established that the accused represented to the complainant that HFAC being affiliated to GMMB has been charged by the Board to oversee the sale of the said land.

Mr Asare said the accused also told the complainant that the land was going for One million dollars including a facilitation fee of $100,000.

The Prosecution said based on that, the accused demanded and received cedis equivalent of GHS 3.5 million in 2016.

Mr Asare said the accused upon receipt of the money, indicated in two separate letters addressed to the complainant that the Project Implementation Committee (PIC) of HFAC had unanimously agreed to grant the 2.8 acres at Roman Ridge to him.

The Prosecution said Police investigations later disclosed that the accused was not the Board Chairman of GMMB as he claimed.

Mr Asare said, “further, Police investigations also showed that HFAC was incorporated by the accused in May 2016 in order to mask fraudulent activities”.