Based on a leaked audio recording circulating around, the Acting Upper West regional minister in a closed door meeting has discouraged some individuals to vote against SB Kangberee who is a candidate seeking the mandate of regional Chairmanship.
According to Amidu Chinnia in the audio issued to Upperwestmedia.net, Kangberee wouldn’t have opted to be chairman if the party was in opposition. He sited instances where he travelled around with Hafiz Bin Salih to campaign grounds alongside Nana Addo in 2007, He also sited instances where Hafiz was Youth Organizer, 2nd Vice Chairman and First Vice before the party came into power.
The Acting Regional Minister further threw light on the issue by giving instances where dagaabas were given more opportunities in the party than Other Tribes, he said Most of the Appointed people from Upper West are from the Dagaati Land with Examples he sited including Anthony Abayifa Karbo, Stephen Engmen, Ambrose Dery and more. He quizzed the floor to point out how many Waala’s had appointments by the party except for the Suspended Regional Minister, Alhassan Sulemana, he further added that he was the only one from Sissala Land to be Appointed to Public office. 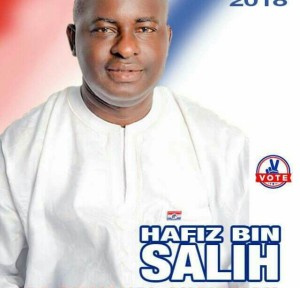 Further Addressing the Issue of National Chairmanship Which included Alhaji Short, he expressed his dissatisfaction with how some other Regional Delegates are against Alhaji Short, he said all delegates in Upper west should support him 100% because he is a brother from the Upper West. 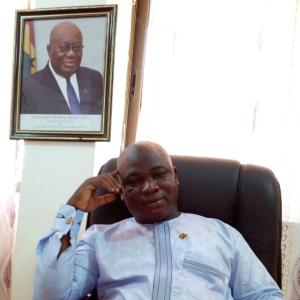 He concluded by saying delegates should not sell their conscience for materials because they would die and leave them behind, ‘people should be awarded because they suffered for the party not because they have money to buy cars, Someone can’t stay in saudi Arabia and later return for a position, if that is the case then we will all travel outside to look for that money and come for positions, so I am suggesting you vote for Hafiz Bin Salih’ he said.
The public have condemned the conduct of the Deputy Regional Minister and referred to him as Hypocritical and a disgrace to the public office.