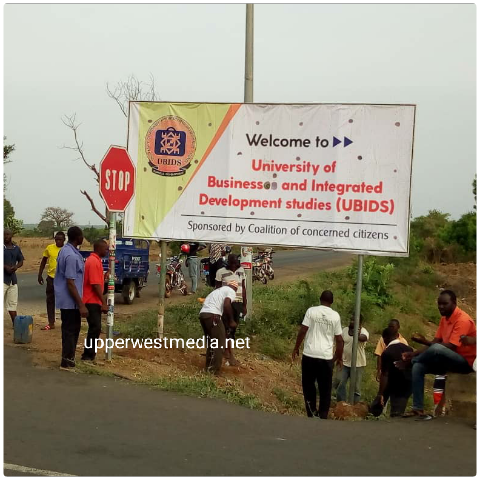 There are 7 possible factors the President could have considered before converting the Wa UDS alone as Autonomous.

We should be grateful to Mr. Simon Diedong Dombo who was a pioneer and part of the founders of the New Patriotic Party, this has engineered the president to think of a way of compensating one of the Big names in the party by honoring his region. The school is likely to be named after him.

2. The Hilla Liman Factor: Dr. Hilla Liman was the first president of the Third republic and hails from Gwollu in the Upper West Region, his 20th anniversary was celebrated in January and an attempt to rename Wa polytechnic as a way of compensating the former president proved futile, its possible the president Made the university Autonomous to compensate the region and family of Dr. Liman who are sons and daughters of Upper West.

3. Winning 5 Seats in Upper West: The new patriotic party had its worse performance in Upper west by winning no seat in Upper West during the 2012 elections, this triggered caution and extra efforts to gain seats in 2016 which succeeded, winning five seats from zero in upper west impressed the president who stated that his tears were wiped by that change in upper west. Its possible this factor triggered a quick autonomy for Wa UDS in order to impress the natives and to win more seats.

4. Demonstration held by Concerned Youth of Upper West: Based on a news exposé from upperwestmedia.net earlier this year 2019 regarding courses being moved to Tamale, a group of young abled men had to hit the streets of Wa despite attempts by the former regional minister Alhaji Alhassan Suleiman who instigated against the demonstration for political reasons, the young men organized a demo and had to involve media men in order to make their voice and demands heard, they followed up by mounting a giant bill board close to the school’s entrance to seek for a quick process. This could be a possible reason the school was made Autonomous.

5. The Influence of the Two Lion Chiefs: The influence of Lawra Naa Mr. Karbo and Tumu Kuoro, Mr. Richard Babini Kanton could have triggered the convention as they both spoke to him and approached him on different occasions. Tumu Kuoro campaigned openly for the Then Presidential candidate of NPP and assured him he will win after the elections, he was voted as the Upper West Regional House of Chiefs president.

7. The President’s Love for Upper West: The president has visited upper West more than the other regions in the North for the sake of honouring festivities and special occasions. He attended the paragbielle festival in Tumu, The 80th Anniversary of Lawra Senior High, Rearing for food and Jobs Program, Regional Tours and most a times assigned his vice president to be with the Muslim communities in upper West during the Ramadan season. These could be factors to enhance the cordial relationship he has with People of Upper West.