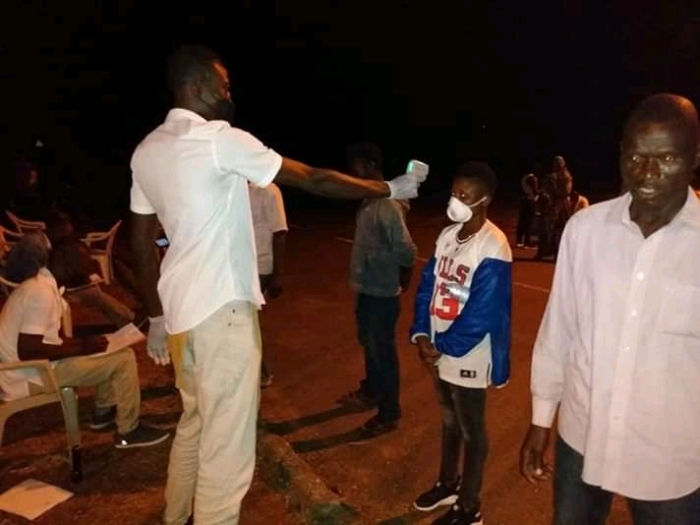 Passengers being Checked for Covid-19 in Upper West

The Upper West Region has Recorded twenty cases of Coronavirus as the National figures shoot up.

The Numbers were 10 as at April 2020, the figure increased to 17 after seven cases were confirmed in the Sissala East Municipality.

One Person has Recovered from the Virus in Upper West Making it 20 Confirmed cases with 1 recovery in 43 days after the first case was recorded.

Upper West Recorded its first case on 27th of March 2020. The Region has been trapped with two deadly health conditions including CSM which has taken 43 lives in the Region. The President of The National House Of Chiefs, Togbe Afede extended his helping hand by Donating a sum of Fifty Thousand Cedis to the Ghana Health Service in Upper West to serve as seed capital for research into the Deadly CSM.

The Ghana Immigration Service has part of measures to implement the Laws barring Foreigners from entering the country have stopped 11 foreigners who attempted entering the country through the Babile Borders, 6 others have been apprehended in Nadowli amidst efforts to comply with the border close directive.