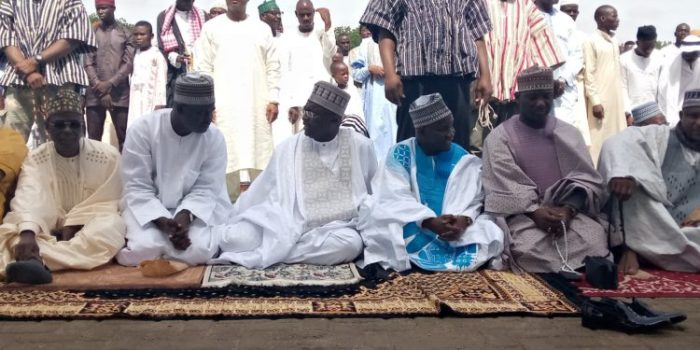 Dr. Bawumia with Some muslims in Upper West

Family of the Late Wa Imam has smoked the peace-pipe with the presidency in a letter dated 22nd  September 2020.

The development was after an amount of Ghc20, 000 donated toward the funeral arrangements of the late Imam  was rejected during the Visit of the Vice President,  Dr. Bawumia.

The Upper West Regional Chairman of the NPP, Dr. S.B.Kangberee together with some regional executives of the party met the family of the late Wa Imam, Dr. Suleman M.H.Bakuri on behalf of his Excellency, the vice president of the Republic of Ghana in an effort to peacefully resolve their impasse.

The Regional chairman expressed regret about the mishap and assured the family that it was never the intention of the vice president to disrespect the family. The vice President has always enjoyed an enviable relationship with the late Imam and the family and would wish that this cordial relationship continues even after the demise of the Imam. He would therefore not intentionally do anything that would mare the beauty of that relationship.

He further assured the family of the Government’s preparedness to do all it can on her part to give a befitting farewell to the late Imam.

The family on its part welcomed this intervention by the regional chairman on behalf of the Vice President, and stated that it was never the intention of the family either to put the presidency in bad light or engaged in such public exchanges with the presidency but for the