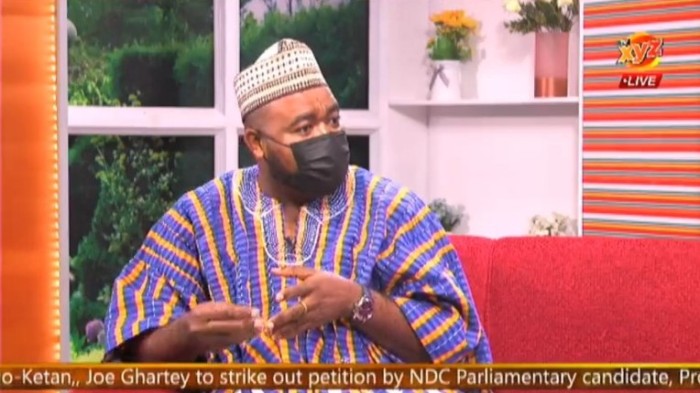 In the solemn words of Chief Bukari Kuoru, ” If you price yourself a cedi, you will be bought a pesewa. Value, self worth are key in personal growth.
It’s not the same as arrogance”, a young determined and rather shrewd gentleman who sprung from one corner of the country, close to the home that birthed the president of the 3rd Republic of Ghana, imagined in the wildest of thoughts, the vast stretches of lands and of tales of places and things he yearns to achieve.
Early in life though handicapped bore a vision so strong that it propelled him out of the comforts of his already uncomfortable homeland in the Sissala West District of the Upper West Region of Ghana to the capital to chase his dreams. Tough it was but relent he will not. His innovative and brilliant yet handicapped struggle pushed him through rather painstakingly. There his star shun. Thus began the journey to his greatness.

In school, he set his eyes to taking any opportunity that came his way and availing himself to learn and act in any capacity that will bring self fulfilment and personal development to his individual being. Thus when the chance for Student leadership reared its ugly head, he grabbed it with both hands and feet so tight he excelled at it. He become the National Grassag president and served diligently without fear or favour and  carved his name so huge in the student body politics of Ghana, it ignited his journey and rise in the political landscape that has landed him in his current position. I am not surprised. As Afeni Assata Shakur posited, ” All I know is that a wall is just a wall, it can be broken down”. He tore down the walls of fear, failure and climbed to the very top holding fast to his childhood dreams and ambitions. Regardless of all the machinations of men to pull him down, he triumphed.

Humbled by the experiences of life, he has at any given opportunity demonstrated emmence Love for his people that has culminated in the development oriented advances he has made already to his people. From providing water to donating towards quality education & health. This has led to his people putting their trust in him in regards of chosing him overwhelming to represent them as their legislator. A fine gentleman with the highest sense of honour and philanthropism. He has given more to the needy than can be documented. This I can foretell will be his trademark as he has demonstrated over time. They say that the one who climbs a good tree is the one who is pushed. Indeed you have climbed a good tree and your people have pushed you. You need to come down regularly so they can push you back up.

A new breed of leaders are being moulded. And like no other, he has curved a niche for himself as an astute businessman with high ethical and moral sense of judgement. Building from grounds up a career enviable by all. A true leader shows his leadership acumen as a great manager as well. He has excelled at both. Bringing his managerial skill to bear is what is most expected now as he has demonstrated in business as well as in being elected a legislator. This will be more than a plus, and the good people of the Sissala West couldn’t have made a better choice. Indeed, the charcoal sellers son will one day wear a white shirt. That is clear now. The people of Sissala West are already reaping the benefits of electing such a voiceforous leader to parliament as he is already demanding answers under the certicate of urgency in parliament for the abandoned roads & health sector highlighting as well the poor state of the people in the constituency that birthed the 3rd President of Ghana. Sad!

“If you dreams do not scare you enough, then you ain’t dreaming enough”. I can deal with an ambitions man but I can’t deal with a visionless man. Strong spirited and relentless gentleman. As early as he could think, he had an ambition & vision as clear as the skies and the sea. At every point in time, he knew exactly what he wanted to do with his people if given the opportunity. Yes! an ambition & vision that will transform his Constituency and make it among equals. There’s a long road ahead but the journey has just started with this ambition.

At every given point in time know that there are naysayers. But hold fast to the believe that put you there. Thus, you must empower the youth and women with the least opportunity you get. These group of people will be the foundation on which your alter will be built. They will be your rise and fall. Work with them religiously and always stay in sync with them.

You must make it a point to come home regularly, be home, let the home be you and you must hold a consultative assembly to discuss issues bothering the people. You must get them involved in the decision making process and let them be a part of your journey to make History together. Three little birds behind my doorstep whispered this to me.

Never take your constituents for granted. You are not suddenly better than those who put you there. Learn to carry everyone along regardless of those whom you know wants your downfall. Its okay to fool the fool who thinks they are fooling you. Sun Tsu puts it better, ” keep your friends close & your enemies closer”.  You will be alright. Learn from the past. Remember how you make your bed so shall you lie on it.

As the Member of Parliament for the Sissala West, you can achieve anything you set your mind to. You have demonstrated that emensely. The experiences that made you hunger for success should be the same in your current status. You shaved their heads and went with them to their farms, make that a convention and live by that religiously.

Make research your priority. Do not allow for pomposity and arrogance in your camp. A word to the wise is enough.