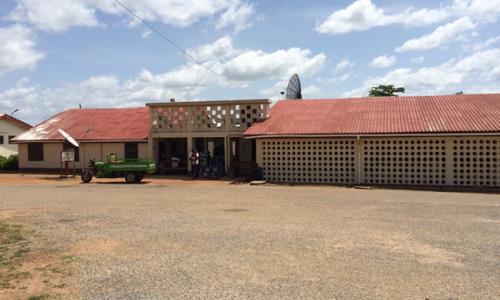 A patient Mr. Braimah Mathew a politician and an Entrepreneur in his 40s was taken ill of severe body pains and spend the Christmas day at the Wa Municipal Hospital.

After today’s of admission, treatment and subsequently been discharge. He had a confrontation with the nurse’s, regarding infusion that was left. He insisted of carrying out drug’s including the infusions.

A health worker name given as (Alhaji) was invited by the nurse’s in the ward and after a continuous confrontation landed heavey blow’s on the patient and subjected him to beating and dragging. One can just imagine how a patient who is still under recovery and subjected to severe beating would be fairing.

The patients had no option than to surrender all the 12 pieces of his infusion and left the facility rejected.

The patient is still coughing and feeling pains. The CEO of Ideapath Consult saw the patient this afternoon 29th December, 2021 and with the patient consent had to make the story public.

Some media practitioners and NGOs have develope deep interest in the case and are weighing option to find justice to the abused victim.

The incident occurred in the evening ours of 28th December, 2021.

One thought on “Patient Allegedly Assaulted at Wa Municipal Hospital”