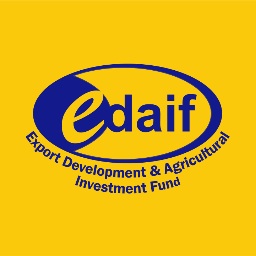 The 60-member association, which, in the past, used to purchase foundation seeds from the Grains and Legumes Board with contributions from individual members, is currently able to acquire large quantities of seeds thanks to EDAIF.

Aside the acquisition of increased number of seeds, the association is also able to produce; process and market certified seeds as well as engage in export of same.

These have contributed to the growth of the seed industry in the region and created jobs for the youth in the area.

Having made a proposal to the ADAIF in 2013, for the improvement in their operations, the fund responded by lending financial and technical support to seed growers in the region.

The Association also received an estimated amount of GH 260,000 cedis for use in the improvement of its operations.

This year, EDAIF supported SEEDPAG with farm inputs such as fertilisers and other agro- chemicals and this has improved the production capacity of seed growers in the region.

According to the Association presided over by Alhaji Nuhu Salifu Orison, the members are now able to produce and process as well as market certified and viable seeds in large quantities to other parts of the country and beyond.

The new shellers, which are able to thresh two different grains (maize and soya beans) simultaneously, and the weighing scales provided by EDAIF have made their operations very smooth, thereby increasing their collective output.

Alhaji Nuhu Salifu Orison said, “EDAIF has supported the SEEDPAG of the Upper West Region -WA immensely. It has been of great support to us in growing the seed industry in this region.”

“Before EDAIF came to our aid, we were running SEEDPAG – WA, with our own internally-generated funds and little contributions by members. But it has all changed for the better now, thanks to EDAIF.”

On a visit to the processing plant and warehouse of the association in the Upper West Regional Capital, it was evident that the operations of seed growers had improved.

The group’s organiser, Mr. Nuhu Abdulai, disclosed that owing to the various forms of EDAIF support, they are able to export certified seeds to other parts of the continent.

“We now produce maize, rice and soya beans and other seeds for export to other countries like Burkina Faso, Togo and Ivory Coast. This shows how positively our operations have been boosted,” Mr Abdulai said.

The association, therefore, expressed appreciation to EDAIF and said, “SEEDPAG – Upper West, Wa is most grateful to EDAIF for the immense support it has given us over the years. Thank you, EDAIF.”