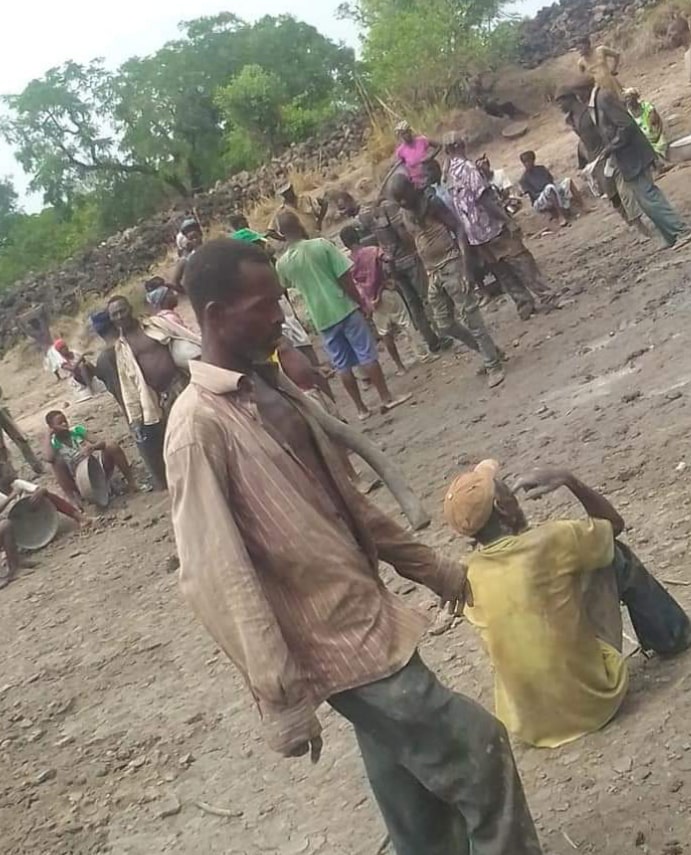 Residents of Moyiri Constructing their Dam

Moyiri, a village in the Daffiama-Bussie-Issa District is blessed with a vast valley which very suitable for an irrigation dam.

More than 80% of the people of Moyiri are into subsistence farming. However, during the dry season, many of the youth are compelled to travel to the southern part of the country for menial jobs. The existence of an irrigation dam would engage the people in all year round farming, creating jobs, bringing income to the people and improving their standard of living.

Many efforts were made in the past by the people to have the irrigation dam constructed but that ended in tattered hopes. The NDC is reported to have started some paperwork to construct the dam for the people but that was not executed before they existed power.

Fortunately, the one village one dam promised by the current government rejuvenated their hopes for an irrigation dam. The people however got disappointed after they have been left out in the project. The Daffiama-Bussie-Issa has gotten some number of the dams which are still under construction but Moyiri is surprisingly left out.

This neglect by the government has become a blessing in disguise. This is because communal labour has become uncommon in most Ghanaian communities. In the past, most communities initiated and completed projects through communal labour. The people united for purpose and executed projects with alacrity. This collective spirit has resurfaced among the people of Moyiri as they are working, assiduously, together to have their own irrigation dam.

Speaking to the bridge news, the people made a clarion call to NGOs and philanthropists to come to their aid. The people said they are very disappointed that the government has failed to give them their share of the one village one dam. “Are we not Ghanaians, why is government and the Assembly discriminating against us when it comes to the sharing of the national cake”? One of the aggrieved persons quizzed.

At the time of the visit to the site, the people had already done more than 60% of the work according to their own standard.

Indeed, the site of the location is a vast valley that can host large volumes of water to facilitate dry season farming. There are several gardens around the area suggesting that the youth are really interested in irrigation farming. Any investment in the area could help boast vegetable and rice farming that can substantially enhance the food basket of the Daffiama-Bussie-Issa district.

The Daffiama-Bussie-Issa District is a deprived district with many of the people wallowing in abject poverty.

Filed by: Ismail A. Junour/Bridgenewsgh.com