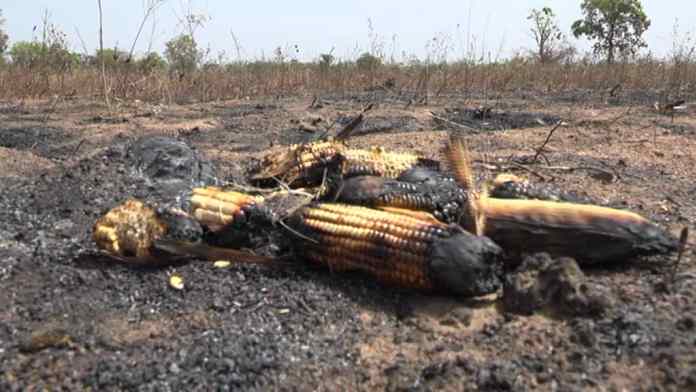 Acting Upper West Regional Commander of the Ghana National Fire Service (GNFS) DOI Abraham Nii Dodoo, has revealed that a total of 153 fire cases had been recorded in the region with one death from January to October 2020.

DOI Dodoo revealed this at Gwollu during a ceremony to commission a fire station for the Sissala West District and to pass out 73 fire volunteers for the district.

The Sissala West District Assembly built and furnished the facility while the GNFS provided the fire tender and personnel for the station.

“This clearly shows an upsurge in the fire outbreaks in the region. These figures of the outbreak in the region is a worrying phenomenon and a development, which require a collective effort by all and sundry to support the Ghana National Fire Service to mitigate before it consumes us all”, he explained.

DOI Dodoo urged the public to acquire fire extinguishers for their homes as first aid appliance as per the dictates of LI 2249 in the incident of any fire outbreak.

He also appealed to managers of institutions and public places such as schools to acquire fire certificate to enable them to operate, without which one commits an offence.

The Deputy Upper West Regional Minister, Mr Amidu Ishaque Chinia, who commissioned the station on behalf of the Regional Minister said bush fires could destroy farm produce and urged the people to take precautionary measures in order not allow fires to derail the success of the Planting for Food and Jobs (PFJ) programme of President Akufo-Addo led government.

The Deputy Minister, who is also the Parliamentary Candidate of the New Patriotic Party in the Sissala East constituency said through the PFJ programme, the Sissala West District was the major food basket for the Upper West Region and the country at large.

Mr Chinia appealed to the public to ensure that peace was maintained before, during and after the December 7 election.

He advised politicians to rather engage in issue-based campaign and desist from politics of insults, which was injurious to the relative peace the nation was enjoying.

The Deputy Minister also advised the youth not to allow themselves not to be used by political parties and individuals to foment trouble as the security personnel were ready to deal with any individual or group of individuals apprehended in misconduct.