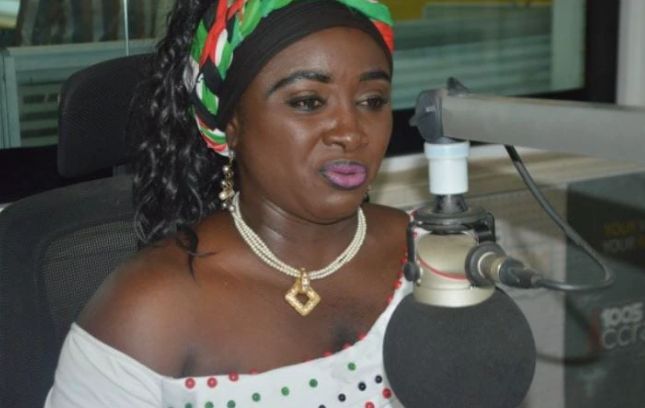 Dr. Hannah Louisa Bissiw who is the National women’s Organizer of the opposition National Democratic Congress has confirmed that she is from a slave lineage in the Northern part of Ghana called Dafiama. Precisely in Upper West.

Speaking in an interview which has been attached to this article below, she explained that, during the 2012 elections, some members of the NPP kept campaigning against her that they will never allow a Slave from North to win an election at Bechem.

” Their words pushed me to consult my grandmother about the truth in my lineage. My grandmother told me that we are from Dafiama. Therefore we’re not pure Ashantis but Dagaabas by tribe. My Great grandmother was bought as a slave to Bechem” Hannah Bissiw narrated

” When she Arrived, her Beauty Attracted her master who hooked up and Married her. She later gave birth to many children. Through that lineage, I Came into this world” She added

“‘So you see, they were not wrong to say I’m from a slave ancestry. It’s true. And I’m not ashamed of this history” Hannah Bissiw revealed.

Dr Hanna Bissiw was the member of Parliament for the Tano North Constituency until the NPP pushed her out in 2016. She lost again in 2020 after trying to win back the seat.

Check out her interview with ADOM TV where she made the confirmation below.