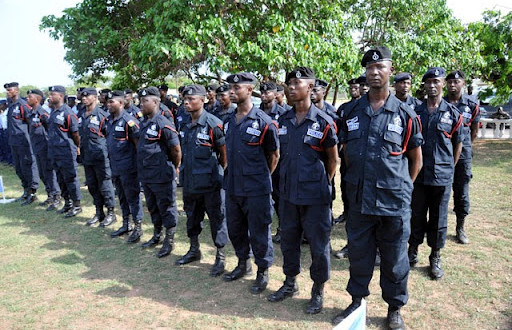 A Joint Police & Military operation is currently ongoing in the Upper West Region. The operation took the joint security forces to a popular drinking bar in Wa on Wednesday evening where over 13 alleged prostitutes believed to hail from Nigeria were arrested. Some other persons were also arrested from the same drinking spot where the police and the military went for a swoop.

It is however unknown what kind of operation the police and the military are currently running in the region, but this has made many residents confused and begin to question the kind of police and military joint operation where groups of people are arrested without any cause.

A resident of Kpaanamuna , a community in the Wa East District speaking to Info Radio on Monday disclosed that, the joint police and military team invaded their community, vandalized temporal structures and destroyed properties running into Thousands of Ghana cedis.

It is also reported on Thursday morning that, the same police and military operation entered Manwe, a mining community in the Wa East District where properties of residents were vandalized and some residents beaten and arrested by the team of security forces.

A resident speaking to Info Radio about the incident in Manwe disclosed that, the security forces arrived in the community with eight different vehicles and started their vandalism without any provocation from residents, According to the resident, several people were arrested and equipment set ablaze.

It is reported that, the joint security operation are currently in the Wa East District Continuing with their operations without the general public knowing exactly what is going on.

The situation has created fear and panic among residents in the Upper West Region are are therefore calling on the leadership of the security forces and the regional minister to furnish then with information about the said operation currently ongoing in the region.

Meanwhile, when Info Radio reached out the the Upper West Regional Police PRO to find out what kind of operations is being undertaken by joint security team , he promised to furnish the public with more information about the operation soon.
Source: Info Radio 91.1FM