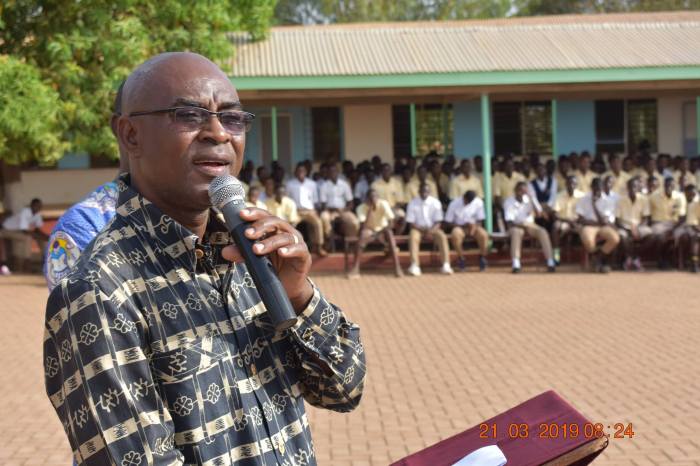 The Nandom District is the first to attain the status of an Open Defecation Free (ODF) district in the country.

Being declared the first district in the country to attain ODF status implies that all households in the district have their own toilet facilities and no one defecated in the open.
The district, which has 88 communities and an estimated population of 63,813, is located in the north western corner of the Upper West Region.

Due to the high level of open defecation in the area, the District Assembly, in collaboration with CARE International and the Netherland Development Organisation (SNV), both non-governmental organisations, put together four approaches, namely demand creation, behavioural change communication, supply chain development and financing and water, sanitation and hygiene (WASH) governance to fight the menace.

By September 2018, the district had reached 97 per cent attainment level, and through dint of hard work, it became ODF by March this year.

In recognition of the feat, the chiefs and people of Nandom Traditional Area held a grand durbar last Saturday to celebrate its attainment of ODF in the country.
It was on the theme: “Push for Action Towards A Sustainable Sanitation and Hygiene For All.”
The acting President of the Nandom Traditional Council, Naa Dr Ernest Sangsor-Tulong I, commended the government for creating a ministry in charge of Sanitation and Water.

For his part, the Regional Minister, Dr Hafiz Bin Salih, expressed appreciation to the chiefs and people in the area for their efforts and urged them to sustain the progress made.

“It is my hope that the Nandom District Assembly will develop a sustainability plan towards maintaining this enviable success.

Attaining district-wide ODF is just the beginning, you must work hard to sustain your new status,” the minister added.

For his part, the Nandom District Chief Executive, Mr Aasoglenang Thaddeus Arkum, said the attainment of the ODF was due to adherence to bye-laws on sanitation and hygien practices.