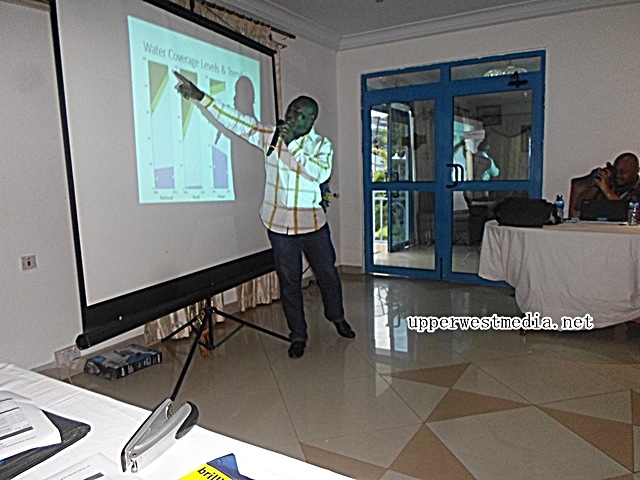 The Upper West Regional Open Defecation Free (ODF) League Table has been launched in Wa with Nandom District attaining a district-wide ODF but several hundreds of households are still practicing open defecation in the Region.

Nandom made the Region proud for achieving the remarkable success of being the first district in the country to attain ODF status, which implied that all households in the district have their own toilet facilities and no one defecated in the open.
“It is my hope that Nandom District Assembly develops a sustainability plan towards maintaining this enviable success.” And let me add that attaining district-wide ODF is just the beginning, you must work hard to sustain this status”.

Dr Bin-Salih said this in a speech read on his behalf during the launch of the Upper West Regional ODF League Table.
The ODF league table ranks all the 11 Municipal and District Assemblies in terms of their efforts towards making their districts and municipalities ODF to foster health competition among the MDAs.
According to statistics update from the Regional Environmental Health and Sanitation Department indicated that Nandom District led the league table with 88 communities out of 88, which had been confirmed ODF.
The Nandom District Chief Executive, Mr Theddeus Aasoglenang said the success was gained through strict enforcement of By-Laws and commitment by the people to end open defecation in the district.
The Lawra District took the second position, which had 69 ODF communities representing 75 per cent out of 94 communities followed by Wa West with 156 ODF representing 72 per cent out of total number of 227 communities.

The Wa Municipal Chief Executive, Alhaji Issahasku Tahiru Moomin, explained that Wa was the gate way where many people come in and out, making open defecation a common practice.