The Principal of the Wa Technical Institute, Mr. Saaka Adams has said that lack of toilet facility in the school compels students, particularly girls, to resort to Open Defecation exposing them to sanitation-related diseases.

This, he said, had posed a serious risk to the health of the students since there could be cholera outbreak in the school, particularly as the rains set in.

Mr. Adams made this known when he led the management team of the school to pay a courtesy call on the Upper West Regional Minister, Dr. Hafiz Bin Salih, in his office.

The Principal, therefore, made a passionate appeal to the government to provide toilet facilities for the girls to help avert any unforeseen circumstance that might occur.

The President Akufo-Addo led administration had seen a keen interest in ending Open Defecation to meet the Sustainable Development Goals (SDG) target on sanitation by 2030, however, much needs to be done if this goal would be achieved.

Mr. Adams also urged the Minister to use his good office to help address some other challenges the school faced including road infrastructure to reduce dust that engulfed the campus.

On his part, Dr. Bin Salih acknowledged the dire need of a toilet facility for the girls in the school as part of efforts to achieve a region-wide Open Defecation Free (ODF) status.

He indicated that the Upper West Regional Coordinating Council (RCC) was collaborating with the Municipal and District Assemblies (MDAs) and development partners to end Open Defecation in the region by 2021.

Dr. Bin Salih indicated that as part of the measure to achieve the target of a region-wide ODF, the RCC had instructed the MDAs to enact by-laws on sanitation to compel lands to incorporate sanitation facilities in their building plans.

The Regional Minister reiterated the government’s resolve to fix the infrastructural challenges bedeviling Senior High Schools and Technical and Vocational Schools in the country to improve on teaching and learning at the second cycle level.

Dr. Bin Salih, however, entreated the school authorities to instill discipline among the student to ensure that they became responsible adults in the near future. 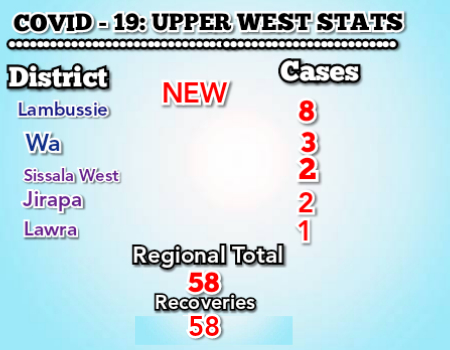