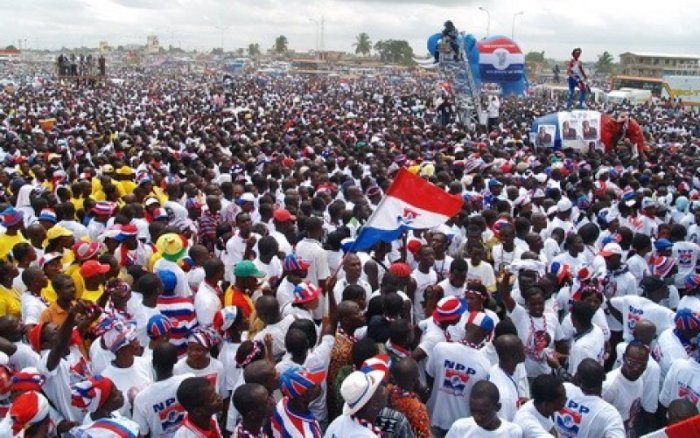 The New Patriotic Party (NPP) delegates in the Nadowli-Kaleo Constituency will, on September 28, 2019, decide on who leads the party ahead of the 2020 parliamentary elections mainly on two qualities: popularity and competence.

At the close of nominations on August 3, 2019, four (4) candidates had picked and filed their nomination forms to contest in the upcoming NPP orphan constituencies parliamentary primaries. The contestants are: Elvis Botah, one of the Deputy National Organizers of the NPP, Madam Kate Lankono, the current DCE, Cornelius Belbah, a banker and Patron of the Party and Wg. Cdr Eric Dakurah, former DCE under the Kufuor era.

The contest, which appears to be amongst the first three (3) candidates, is largely seen as a contest to elect the most popular and famous candidate, rather than the most competent candidate. Sadly, the constituency executives aligned to the camp of Elvis Botah are seen openly campaigning and are lead advocates to getting Elvis Botah elected simply because he is popular, and not because he is competent to champion the ideals of parliamentary representation.

In the camp of the DCE, Madam Kate Lankono, the executives aligned to her, are taunting her popularity and some state sponsored projects as her personal initiatives and the financier; and on the basis of which she should be elected, and not because she is competent to champion the ideals of parliamentary representation. Of course, she should be given credit for implementing the vision of the President of the Republic, but it will be unfair and out of naiveness for her to claim personal credit for any of those projects and expect delegates to vote for her on the basis of implementing government priority projects. The revered delegates in the Nadowli-Kaleo Constituency are more discerning than her proteges will want us to believe.

A very weak and lame argument the camp of Elvis Botah mounts vociferously is the fact that the NPP has never been successful in winning the Nadowli-Kaleo seat because the party has consistently changed its parliamentary candidate since 1992, unlike the NDC.

They however failed to recognize the very principles upon which the ideals and philosophies of both parties are firmly rooted. The NPP, tracing its roots to the UGCC, has always held the view that the party totally upholds sound democratic principles and shapes our policy and developmental narrative based on sound competitive ideas, arguments, debates etc., no matter how fiercely they are; perhaps, to shape and transform our governance system. The proteges of Elvis Botah ironically seem not to appreciate the clear distinction between the ideologies of the NPP and the NDC in Ghana.

To illustrate the point with empirical evidence, in the Fourth Republic, our current President, His Excellency Nana Addo Dankwah Akufo Addo in 1998, challenged our former President J.A Kufuor at the party’s Presidential Primaries. At that time, it was wildly believed that Nana Akufo Addo was the most popular and famous icon of the NPP because of his vigorous involvement in political activism, including: Kumipreko Demo, PMFJ, as organizing secretary of the Danquah-Busia Club, human rights and constitutional lawyer. He went into the contest with the then candidate Kufuor who was seen as the gentle giant, and an industrialist. In spite of the popularity of Nana Akufo Addo, he lost that primaries based on the party’s believe of open, competitive ideas, arguments and debates.

In 2007, when the party held its infamous Preresidential Primaries at Legon, sixteen other candidates, challenged our current President, ostensibly to replace former President Kufuor in the 2008 elections. The argument of consistency and popularity of a candidate was not considered in electing a worthy successor to Kufuor. Nobody argued that because Nana Akufo Addo had challenged Kufuor in 1998, became Attorney General and Foreign Affairs Minister under the Kufuor regime, he (alone) should naturally succeed former President Kufuor.

And based on Akufo Addo’s sound argument and debates, he won in the first round by about 48%, and was unanimously endorsed in the second round by his closer contender, Alan Kyeremanteng.
Again, in 2010, seven other candidates challenged Nana Akufo Addo to represent the party in 2012, and in 2014, five other candidates challenged him to lead the party in the 2016 elections. In all these cases, it was never the argument that because of the lexicon associated with Nana Akufo Addo, ‘’yenim fre titi’’, he should lead the party because of his fame, popularity and the fact that he has been consistent in the party and on Ghana’s ballot paper.

In the face of these empirical evidences demonstrated, it will therefore be preposterous, illogical and suicidal to hold this view that fame, popularity and consistency on the ballot will win the NPP the Nadowli-Kaleo seat as the proteges of Elvis Botah will want the whole world to believe.

Even in the Nadowli-Kaleo constituency, the only time the party made significant inroads in its parliamentary results was in 2012, when the then candidate, Dr Boye Bandie, garnered over 12,000 votes against a little over 9,000 votes in 2016 where Elvis Botah was the defacto candidate. For all intents and purposes, Dr. Boye was not a famous and popular politician properly so-called, but he was impressive by his own personal disposition as a credible alternative.

The painful truth is, the electorates in 2016 did not see Elvis Botah as a credible alternative to ASK Bagbin. He was, and has still been seen as someone who lacks integrity, and is immature, arrogant, deceitful and a plain liar. If you present a candidate with these weaknesses in any election for 100 times, that candidate will never win any of these elections. It is simple as that!!
It is in view of the above that l strongly agree, with one respected University of Ghana Political Science Professor who asserts that, ‘’African Elections thrive on fame and popularity, rather than competence’’. But to win the Nadowli-Kaleo seat and develop the area, we don’t need a famous or popular person as our candidate. What we need is a person of integrity, who has a track record of achievement and competence in managing his/her own life and private professions. The party needs a candidate who appreciates and understands the vibrant and dogmatic ideals of parliamentary representation, and has the canons as well as commitment, to act in a manner responsive to the interests of the constituents when elected.
It will be another complete display of ignorance and waste of time to elect a famous or popular candidate to lead the party ahead of the 2020 elections, without assessing the person’s capacity to comprehend the ideals of parliamentary representation, and potential to serve his constituents in a manner that breeds development, peace and security in the Nadowli-Kaleo District.
Delegates in the upcoming primaries must move away from electing popular candidates to electing candidates with proven records of leadership, achievement and competence in their private professions. In this regard, the delegates must be circumspect and discerning enough in choosing the candidate who will not only win the primaries but has what it takes to win the parliamentary seat, in order to serve, promote development and improve the physical quality of life of our dear constituents.
The danger for the party in electing a famous and popular person to lead the party is that, it will ultimately affect the electoral fortunes of the party in the Nadowli-Kaleo constituency. If such a personality wins the primaries on September 28, voters will more likely revolt against that person in the main elections for his/her deficiency in personal integrity, leadership and potential threat to development and representation.
In Plato’s conception of justice within the state, he had a place for everybody in society. Producers had to be producers. Guardians had to be guardians and only Philosopher Kings had to rule. Our efforts to fighting the quagmires of poverty and under-development in the Nadowli-Kaleo District for nearly three (3) decades, will come to naught if we do not insist on electing persons of integrity and competence into position of leadership. The development of the District and Region will continue to stall, if delegates choose fame and popularity, without scrutinizing competence and leadership in those who offer themselves to lead the party.

In the midst of all these, there is some strong conviction that the good people of the Nadowli-Kaleo constituency will certainly at the end of the day, embrace competence over mere popularity for they have matured in the dynamics of politics over the years now.

Every man must decide whether he will walk in the light of creative altruism or in the darkness of destructive selfishness. – Martin Luther King Jr.