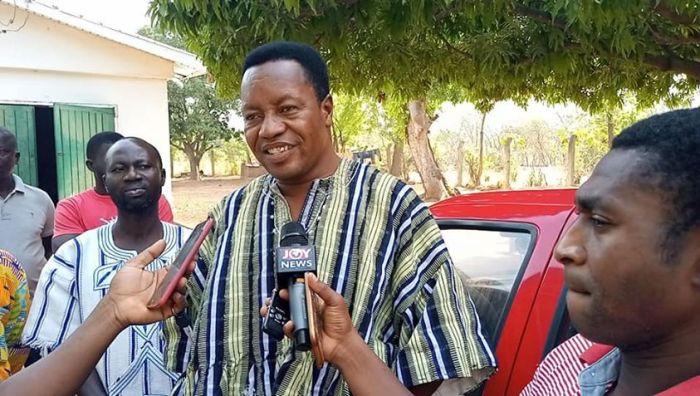 Mr. Duncan Nsoh Was Interdicted by the GES

The interdicted Upper West Regional Director of Education, Mr. Duncan Nsor has returned the vehicle at the centre of the controversy of his interdiction to the Wa School for the deaf.

This follows a three-week ultimatum given to him by the Upper West Regional branch of the Ghana Federation of the Disabled to return the vehicle.

Mr. Nsor was interdicted on 14th February 2020, by the Ghana Education Service (GES) over allegations of misconduct and corrupt practices and among other things, allegedly auctioning the said vehicle without following due process.

The acting Upper West Regional Director of Education, Godfred Dong-Errung led officials of the regional education directorate to the school to hand over the car this morning.

However, upon inspection the school authorities refused to take the vehicle, indicating that most parts of the vehicle have been tempered with.

The headmaster of the Wa school for the deaf, Sylvester Bayor, said the name of the school embossed on the vehicle has been scraped off and the engine tampered with.

“Yes, we have received the car on Saturday evening. But this morning, the Party Regional Director handed it over to us for inspection. Briefly, that is what we are just doing. Well, he said he is a busy man and he has asked us to check and report back if there are any concerns.”

“There are only a few things that we are observing for now. The engine has not gone far so we cannot tell the state of the engine. The fitter will access and let us know. But the jacks, fuel tank cover, temperature gauge and spring are missing among others. we are still accessing so when we are done we will let the director know,” he said.