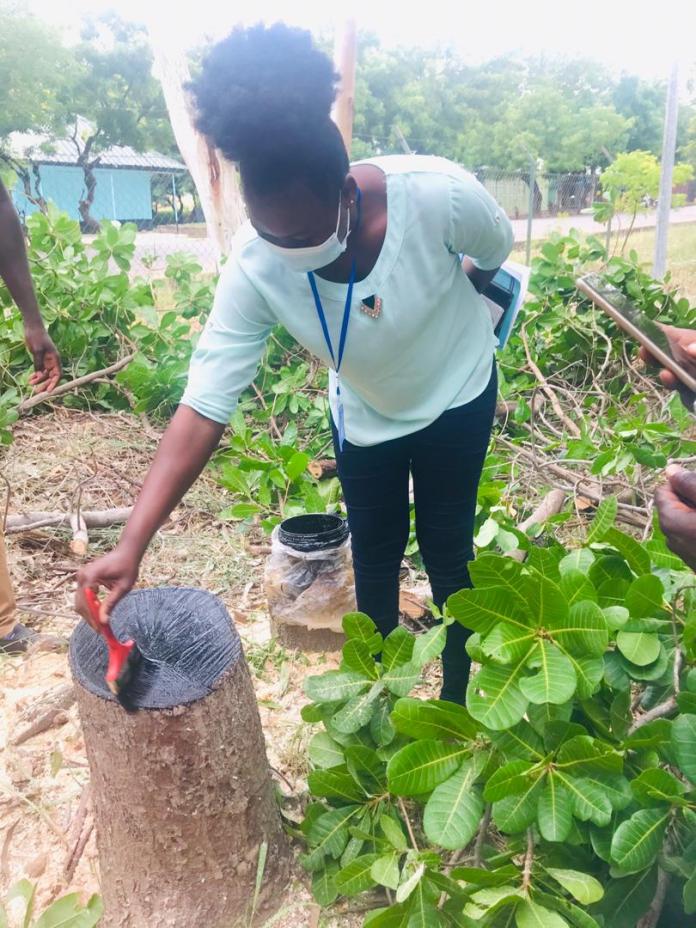 The Upper West Regional Director of Agriculture, Emmanuel Sasu Yeboah has admonished farmers in the region to pay attention to perennial crops production particularly cashew adding that they have been so much over dependence on annual crops.

He was speaking in Wa on Monday 10th August, 2020 at the opening of a two day workshop for Agricultural Extension Agents (AEAs) in the Upper West, Savannah and North East Regions of Ghana, on how to improve the productivity of unproductive and over aged cashew plantations using a technique named “Topworking”.

The training, which is organized by the Resilience Against Climate Change (EU REACH) project, with funding from the European Union (EU), provides a platform for 14 AEAs to build and enhance their capacities and knowledge levels on the techniques of topworking unproductive and aged cashew plantations.

The training aims to improve the capacities of the AEAs in line with government’s Planting for Export and Rural Development (PERD) programme, with the goal to expand agro forestry, focusing on cashew production in the North West zone of Ghana.

The principle of topworking is the replacement of the crown of an under-performing tree, by grafting scions with desirable characteristics from ‘elite mother trees’ on them, with the purpose of improving the productivity of the tree by taking advantage of its well-developed root system. Topworking ultimately provides such advantages as rapid growth (with new multiplications), a quick return on investment as production can start the same year and improvement of yields of trees, which before topworking, had low or no productivity.

Mr Emmanuel Sasu Yeboah said farmers in the southern sector of the country have a lot of perennial crops which give additional income to the cereals and legumes they produce.

He called for the use of science and technology to make cashew very productive in the North West Zone of Ghana.

Prosper Wie, Technical Advisor for REACH in a short address disclosed that an indicative base line study by REACH in 2018 revealed a number of unproductive cashew plantations in the North Western Zone of Ghana.

REACH according to him intend to whip up the yield levels of the unproductive cashew plantations hence the workshop with the agric extension officers who disseminate information and new technology to farmers.

It is expected that the AEAs will train farmers effectively on how to Topwork unproductive cashew plantations.