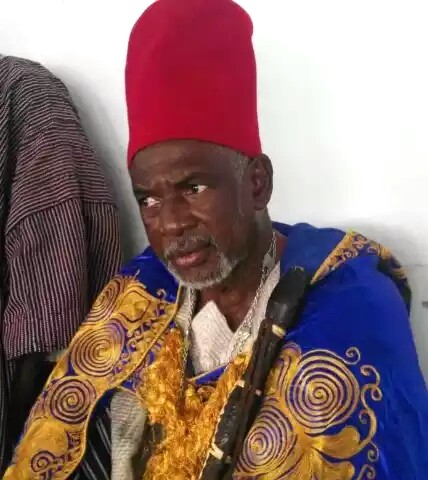 The Wa Traditional Council has described as alien the decision by the family of the late Imam of the Wa Central mosque to reject a funeral donation by the Vice President Dr Mahamudu Bawumia.

It observed that the conduct is not only alien but an affront to the customs and traditions of the area, describing it as very unfortunate.

A statement issued and signed by Wa Na Fuseini Seidu Pelpuo IV and two others, therefore rendered an unqualified apology to the Vice President for the unfortunate turn of events.

“Our attention has been drawn to a press release issued by the family of the late Imam of Wa Central Mosque, Dr. Suleman

Mahama Haroon Bakuri on 11th September 2020 captioned as above.

We wish to state that the ground on which the family under reference took the decision to reject your generous and well-intended donation to the said family is alien to the customs and tradition of the Wala people  and therefore, most unfortunate. The least we should have been doing as a people was to thank you for the so much for your recent visits to the Wala Traditiinal Area in particular and Upper West Region in general.

Your Excellency, we the traditional authorities would want to, on behalf of all the people in Wa, and the Muslim Ummah render an unqualified apology for the unfortunate incident” 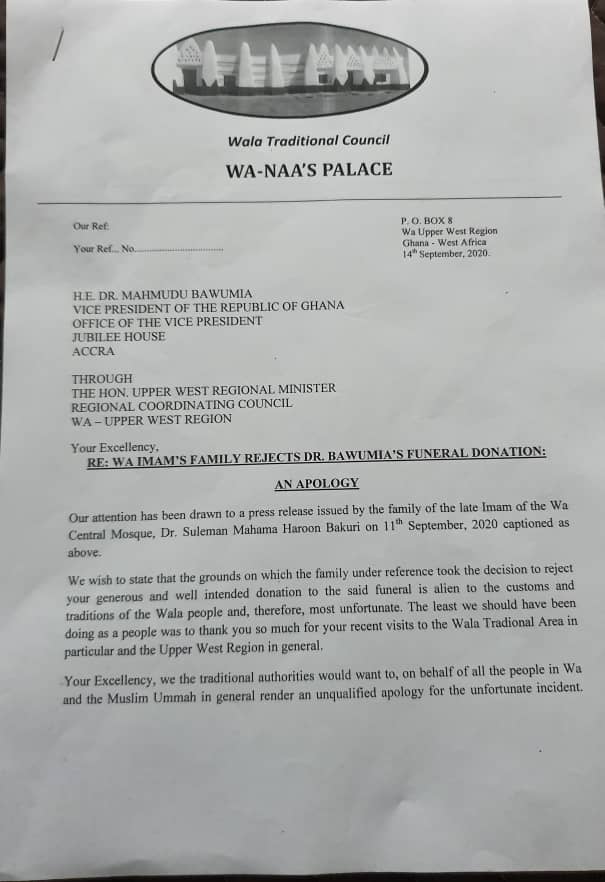 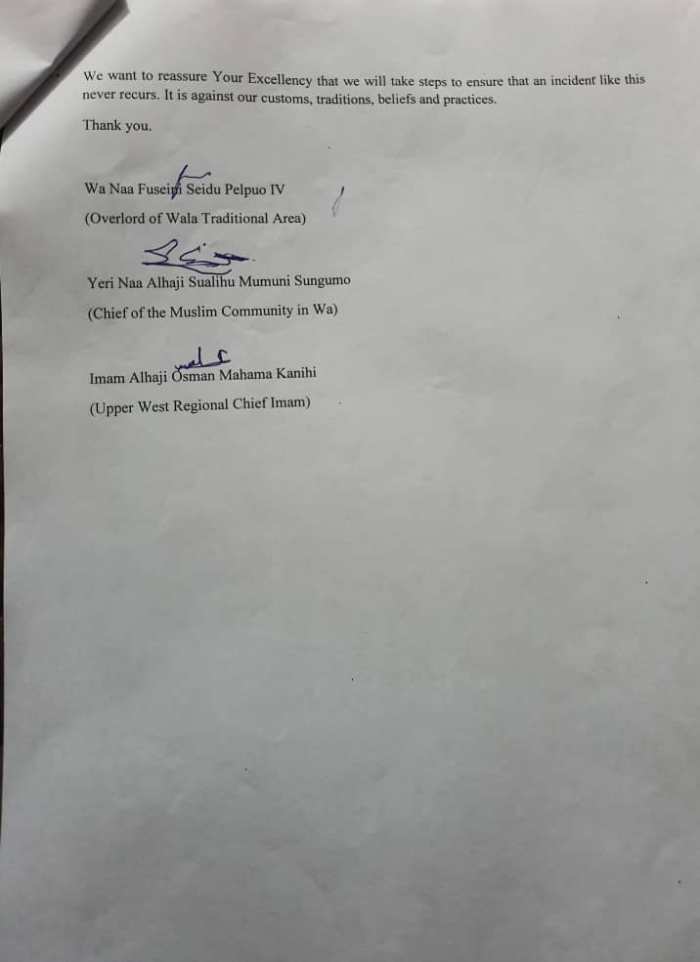