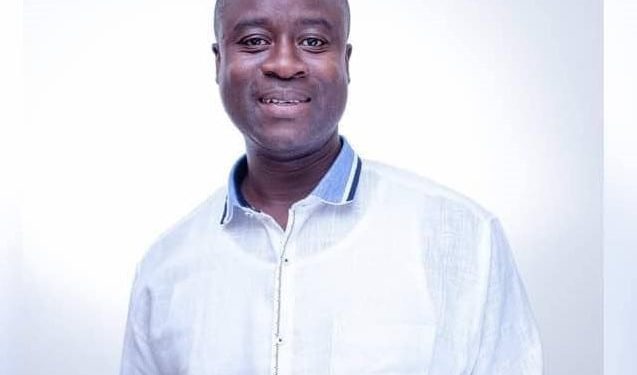 Member of Parliament for Wa East, Dr Godfred Seidu Jasaw has called on the European Union and World Bank to review the selection and allocation of road projects to beneficiary communities in the Upper West Region.

He said this after a groundbreaking ceremony on May 18, by the Ministry of Roads and Highways with support from the European Union and the World Bank to commence the rehabilitation of some 670km of Feeder Roads in the region.

A €35 million intervention international bodies is aimed at improving inter-connectivity between areas of farm production and market centres in the region.

The project also seeks to reduce travel time on sections of the road, promote road safety, and strengthen the institutional management of the transport sector.

“How then can any fair selection process exclude us?” he lamented in an interview.

The MP who also serves as Deputy Ranking Member of the Food, Agriculture and Cocoa Affairs Committee of Parliament insists that the three districts – Wa East, Sissala West and Sissala East – are the main food produce supply locations in the Upper West Region and cannot be disqualified by any fair and transparent selection process.

“I have intercepted the selection reports from the region and also that of the national review team – there is no justification for excluding the three districts,” Dr Jasaw added.

The EU and World Bank must not condone such corrupt selection outcomes as it risks derailing the core objects of the program. There are extensive network of tributaries of the White Volta River that are being harnessed in fishing and production of high value vegetables and food crop production, particularly in Wa East District. Meanwhile, there is no single completely rehabilitated motorable road in the district.

Food imports costs USD2.4billion, with USD1.2billion worth of cereals and meat imported in 2019 and another USD1.1billion average food imports for Quarter 1 of 2021 with very terrible projections in the face of climate change.

“It is indeed intriguing that a project that seeks to improve inter-connectivity between areas of farm production and market centres will leave out communities considered bread baskets in the Region.

“It is only prudent and fair that food hubs such as Wa East District are encouraged with projects such as these to increase production.”

The MP further stated that such projects are vital, especially in the Northern Regions of Ghana as they lead to increased employment in the food value chain, reduced inflation, improved balance of payments and trade balance in terms of foreign exchange, particularly with the emergence of the Africa Continental Free Trade Area (AfCFTA) which definitely provides expanded market access.

Hon. Dr. Jasaw called on the Ministers of Roads and Highways as well as Food and Agriculture to treat these projects as all-inclusive for districts in the Upper West Region in order to ensure improved livelihoods and economic transformation of the Region. This will improve Ghana’s rank in the Global Food Security Index from the rank of 77th for the year 2020.

At the 33rd National Farmers’ Day Celebration at the Baba Yara Sports Stadium in 2017, President Akufo-Addo stated “a thriving agriculture sector engenders prosperity in our society.

Government will continuously support food production for domestic consumption, provision of raw materials for industry and exports. We aim to increase incomes and enhance livelihoods for farmers and their households.”

“I urge Government to demonstrate commitment to the above statement by ensuring that districts such as Wa East are included in this all-important project.”

“This is necessary in order not to violate the rights of such persons in the above-stated districts to life and economic wellbeing, as denial of such projects may tend to affect the rights of constituents to work and earn decent wages, good health, as well as citizens’ responsibility to be patriotic and perform their duties as enshrined by the 1992 Constitution.”

“Again, Article 17(1), 17(2),and 17(3) of the Constitution provides that “all persons shall be equal before the law. A person shall not be discriminated against on grounds of gender, race, colour, ethnic origin, religion, creed or social or economic status. For this purpose, “discriminate” means to give different treatment to different persons attributable only or mainly to their respective descriptions by race, place of origin, political opinions, colour, gender, occupation, religion or creed, whereby persons of one description are subjected to disabilities or restrictions to which persons of another description are not made subject or are granted privileges or advantages which are not granted to persons of another description”.

Whilst expressing gratitude to the European Commission and World Bank for the project, the MP urged them to review the final selection criteria and output to be more realistic and responsive to need.