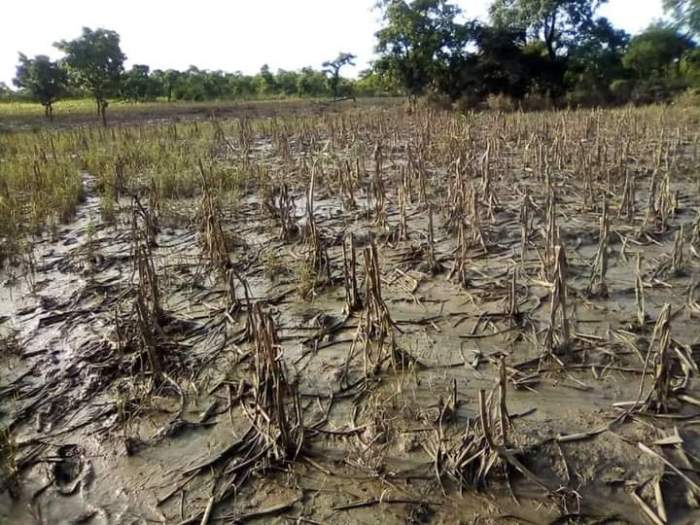 In an interview with Info Radio, Mr Yussif revealed that, his outfit’s preliminary situational assessment of the disaster discovered more than 700 acres farmlands with flourishing crops being washed away, with affected farmers counting their losses.

Cataloguing some of the major roads in the district that had been hard-hit and rendered impassable by the flood water, Mr Yussif mentioned Loggu-Chasia, Kpalwogu-Holomuni stretch, Kundugu-Chawuli, between Whabu and Funsi and a host of others, leaving commuters stranded with some resorting to canoes, especially, those around the Sissala Bloc of the district.

Mr Yussif revealed that the disaster management outfit in the district recorded one causality at Funsi, the district capital after a house collapsed on her during the 8 hour downpour.

He added that, about ninety two residential rooms were brought down by the heavy rainfall, rendering the occupants of such structures homeless or depending on the benevolence of relatives for shelter.

The situation has brought economic activities to a halt and increment of transport fares as drivers have to find alternative routes to send passengers to their destinations.

The Minister of roads and Highways, Mr Kwesi Amoako Atta and a team of technocrats visited the region and toured the affected areas with a helicopter to ascertain the magnitude of destruction visited on the roads by the heavy downpour.

He pledges to take urgent steps towards fixing the affected roads for easy movement and transportation of goods and services.